I see a lot of information about SIBO on websites and social media, especially in relation to giving advice on how to cope with the symptoms.

Common symptoms of SIBO include:

Yet many of these symptoms are the same as for other conditions. So its not always straightforward to know if you have SIBO or something else, just from symptoms.

This is one reason it is a good idea to get advice from a qualified professional rather than from friends on social media. What helps one person with SIBO is not necessarily going to be the right thing for someone else.

But, more importantly we should consider that if the test for SIBO is positive – what is the underlying cause of the SIBO? Because some of the underlying conditions that result in symptoms of SIBO can be serious.

Here are some of the underlying causes of SIBO:

The best diet for SIBO

The low FODMAP is often suggested as the best diet for SIBO, and I agree this is a great place to start. The low FODMAP diet can really help to reduce symptoms. On the other hand, in some cases it could be very important to consider what the underlying cause of those symptoms is. Particularly because the low FODMAP diet is not recommended for most people in the long term.

If you think you have SIBO:

Download my 5-day low FODMAP in under 30 minutes meal plan! 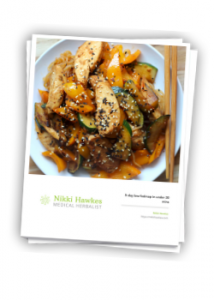 Learn how to make your own Herbal Medicines 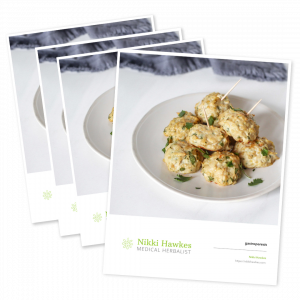